I’ve wanted to try making my own laundry detergent, to see if it’s really lives up to the hype. And clearly I have tried it out since I’m writing this post. My overall conclusion of the concoction I made: I like it. I feel like my whites are whiter, towels are softer and it got the stains out. Oh, and it leaves a light scent on my clothes so now I’ll be able to tell which ones are clean and which ones need to be washed. The laundry detergent I was using before did not leave any scent so I just had to remember. My motto was “When in doubt, throw it in the wash.”

Now to the fun stuff how to make laundry detergent tablets. It’s super easy but does take a little bit of time. You will need:

All of these items can be found in the laundry isle, I bought mine at Kroger because my Target stopped carrying them and I have seen them at Wal-Mart.

This soap is safe and works well for HE washers.

Cutting the bar in half is optional. 1/2 bar= about 3/4 cup powdered just in case you were wondering.

Step One: Pulverize the soap bar into a fine powder.
I grated mine in the food processor then processed it into a powder. There will roughly be 1 1/4 cups of the powder.

Step Two: Mix the borax, washing soda and laundry soap bar.
I also then ran this through my food processor to get a very fine powder.

If you don’t want to make tablets, you can stop at this step.

Step Three:  Add 1/2 – 3/4 cup water to dry soap and mix.
The mixture should be lumpy but still look pretty dry. You want it wet enough that it will pack well into a mold.

The laundry soap will still look pretty dry at this point but it will pack fine.

Step Four: Pack it into a mold.
I used these small ice cube trays. Each mold holds about a tablespoon, which is perfect for my front loader.

Just use your fingers to pack it in really nice and tight.

Step Five: Let it dry overnight.
I live in Texas so I put mine outside to dry then placed them under a ceiling fan to completely dry. I made these in the late afternoon and the next morning they were ready to use because they were so small.

Now for you with the top loaders, I recommend using a normal sized ice tray and then you can use the same recommendations for your load sizes.

I did notice a few differences between this homemade laundry soap and the store bought detergent I was using before. For the record, I’ve been using All Free and Clear because I have sensitive skin. The first thing I noticed was the static cling while pulling the laundry out of the dryer. I have never used dryer sheets, balls or whatnot to prevent static cling because it’s never really been an issue. Will I use something now to prevent the static cling? Probably not, as the freshly cleaned clothes won’t be worn for a few days giving it time to de-static. If I do, I’ll make a ball from aluminum foil and try that.

Softness
After pulling my towels out of the dryer, they felt noticeably softer. I’ve been using vinegar as a fabric softener with my towels exclusively for a while now. With my store bought detergent, the towels felt stripped and a little coarse. With the homemade detergent, the towels felt significantly softer and just as absorbent; they don’t feel stripped anymore.

Scent
I like smelling my freshly cleaned clothes but with the All detergent, there was no smell to be had so therefore, I stopped smelling the clothes. With the new detergent, there’s a light fresh scent so now I can tell if I’ve worn something yet or not. I like being able to do the sniff test again and be able to know that I’ve already worn something. This comes in handy when you accidentally mix the clean and dirty piles of clothes.

Stain Removal
I was quite impressed when the homemade soap was able to remove our regular stains and more. On some of Husband’s white dress shirts there’s a little bit of dirt around the cuffs I haven’t gotten around to treating yet. The homemade soap significantly lightened that little dirt area. I’m betting that if I don’t treat that area, in a few washes with the homemade detergent, it will go away. The store bought stuff barely did anything to it.

Cost Savings
This laundry detergent is a little bit cheaper to use verse store bought. From my guesstimates, each homemade tablet is between 3-4 cents while the store bought liquid is 9 cents per use. Just a little savings, although I probably use less than recommended on the store bought, so my savings are not as great. Your cost savings will change depending on how much you use.

Overall, I really do like these homemade detergent tablets. I like that they’re pre-measured so I use the right amount. A big selling point for me is that it makes my whites whiter. Using the store bought stuff made my whites a little dingy after a few months and after one wash with the homemade stuff, my whites were noticeably whiter. I like that I can smell the difference between my clean and dirty clothes; my clean clothes smell fresh. Sometimes I’ll wear clothes a few times before I wash them, like jeans, and I like being able to tell which clothes are clean when I accidentally mix my clean and dirty piles.

I will probably tinker with the recipe to see if I can’t come up with something better and let you know if I do.

Have you tried making your own homemade laundry detergent?

How to Clean Grout

How to Clean the Washer

How to Fold Fitted Sheets
Advertisement 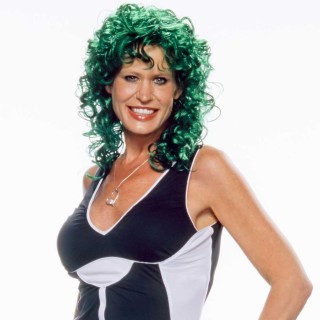